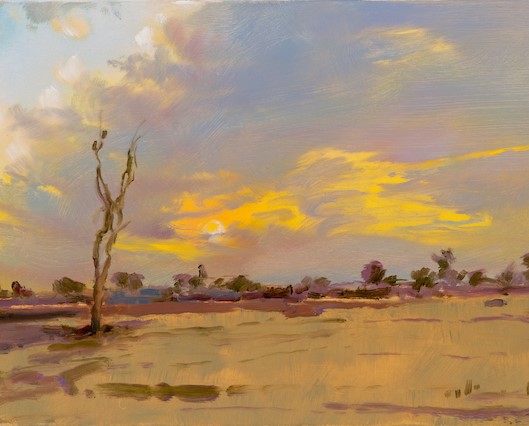 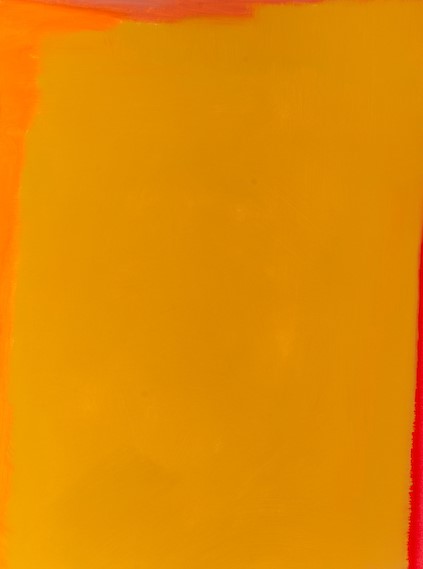 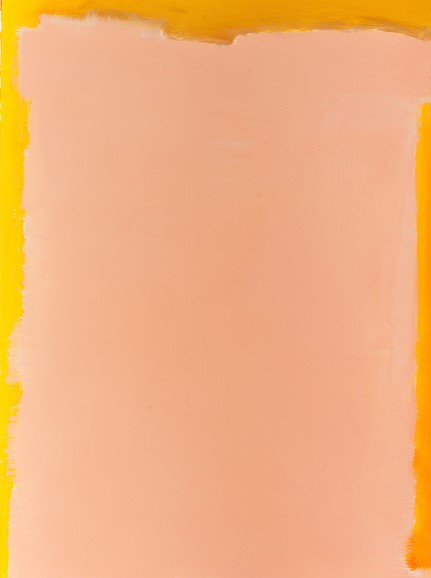 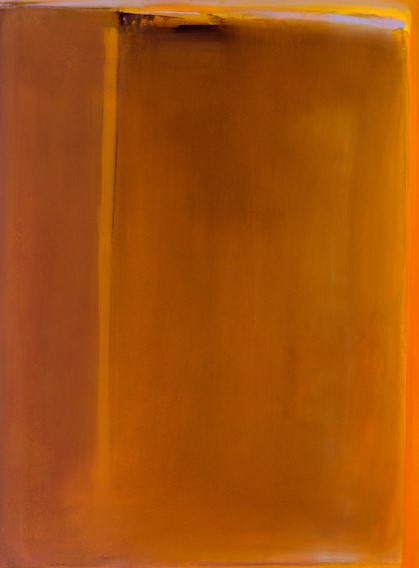 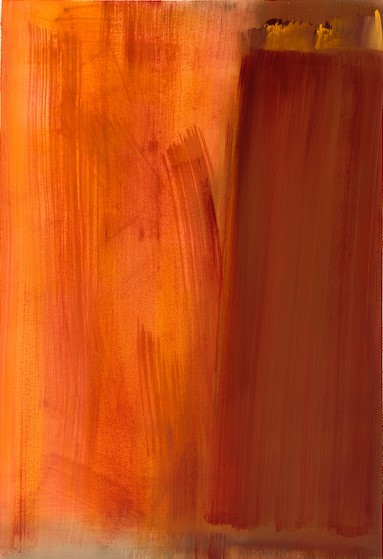 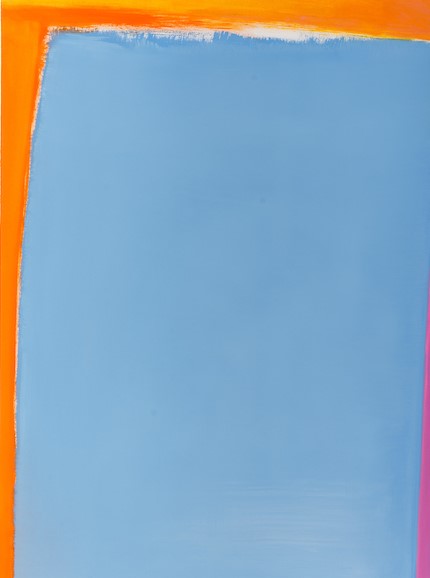 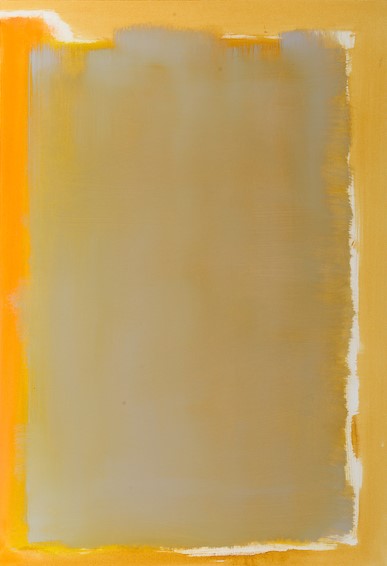 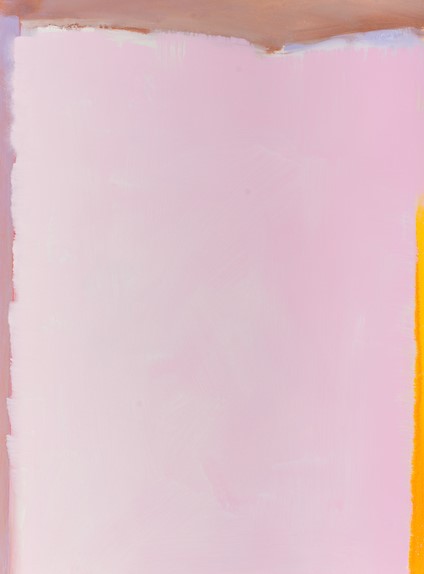 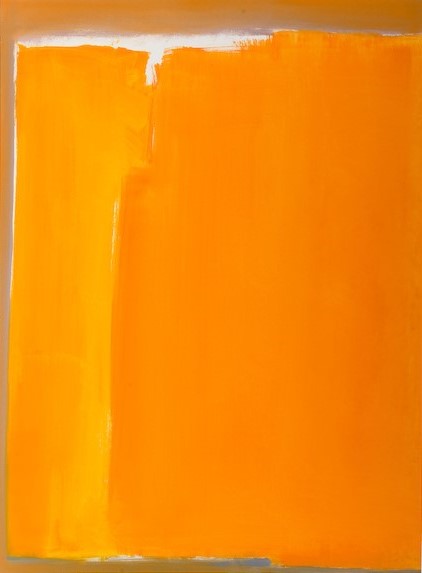 In 2015 I came across a single surviving abstract painting of mine from 1980.

When I was at art school in the ’60’s, we concentrated on abstract painting, and I continued in that vein, on and off, until, after being in Canada for four years, I switched to landscape. At that time, the Canadian landscape, and especially the skies, pulled me in the direction of landscape painting. Having grown up in South Africa with it’s similar big skies and open landscape, I found a connection.

Looking at this ‘ lost abstract ‘ again, I could see that there was something in it which made me want to try my hand once again at abstract painting. So I began sort of where I left off. After some experimentation, I arrived at a fairly simple format.

I have often worked on paper, and I found an Arches paper which is made for oil painting, and which takes the paint directly, without the need for any preparation, and so allows for a freedom of application.

The small landscape in the show is named ‘ Arathusa ‘, after a safari lodge in South Africa, in an area that I know well, and most of the abstracts come out of this little picture, in terms of colour and feeling.
Hence the title of the invitation piece, ‘ Arathusa Revisited ‘. Most of the paintings are ‘ hot ‘, like the place itself, and the titles are nearly all of places surrounding Arathusa.

My landscape paintings are, of necessity, restricted in their colour, but there is no such limitation in abstract painting, and these new paintings of mine have allowed a freedom in that area that has surprised and pleased me.